Non-stop on the move, sometimes far away, sometimes only tracing his finger over the map. He studied physics, co-organised the permanent exhibition in the POLIN Museum of the History of Polish Jews, where he met Mirjam—also a tourist guide at the Company. He shows Warsaw and generally Poland to travellers, concots location-based games and educational workshops. As he says: “The Central Europe Company engages in what I like, but more professionally.” You can meet him on routes guiding. 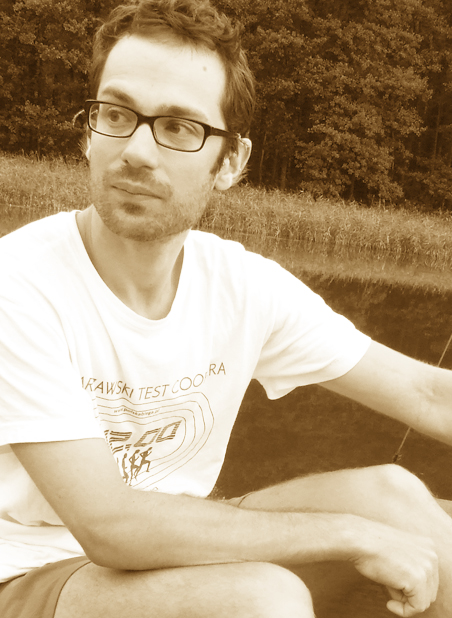